Follow @marcoRecorder
The Philippines struggled to bury the dead and get food, water and medicine to the living Tuesday, four days after Super Typhoon Haiyan claimed untold lives and flattened countless buildings.

“Right now, we don’t have enough water,” typhoon survivor Roselda Sumapit told CNN in Tacloban, a city of more than 200,000 that was flattened by the storm. What they can get may not be clean, she said — but she added, “We still drink it, because we need to survive.”

The government’s confirmed death toll was 1,774 early Tuesday, said Jose Lampe Cuisa Jr., the Philippine ambassador to the United States. The storm has injured 2,487 more, and displaced 660,000 people from their homes.

Patrick Meier already covered the impact of the typhoon on social media here. Meier harnesses the information-gathering power of social media to improve the speed and effectiveness of relief efforts. He’s using a relatively new set of “crisis mapping” tools to assist humanitarian work during the ongoing disaster of Super Typhoon Haiyan (also called Yolanda) in the Philippines. (See “What’s a typhoon?”)

Meier is director of social innovation at the Qatar Foundation’s Computing Research Institute in Qatar. He develops tools, like the just launched website MicroMappers, that quickly sort through online data, from tweets to uploaded photos, and then display the information on satellite maps.

They have been doing an incredible job by continuously feed their TweetClicker and ImageClicker with new tweets and images. I invite all people involved to join this huge collaborative effort us to provide Ushahidi’s UN partners with the situational awareness they need to coordinate their important relief efforts on the ground. The results of all Ushahidi’s clicks are displayed here.

Social Media has become a necessity during a disaster. To help with assessments, OCHA (UN Office for the Coordination of Humanitarian Affairs) has asked the Digital Humanitarian Network to activate their volunteer base to first assist with media monitoring and mapping for Typhoon Yolanda (Haiyan) then to help scour social media and other online platforms for information about damage and impact that is being posted by affected people in the Philippines.

The purpose of the Digital Humanitarian Network (DHNetwork) is to leverage digital networks in support of 21st century humanitarian response. More specifically, the aim of this network-of-networks is to form a consortium of Volunteer and Technical Communities (V&TCs) and to provide an interface between formal, professional humanitarian organizations and informal yet skilled-and-agile volunteer and technical networks. 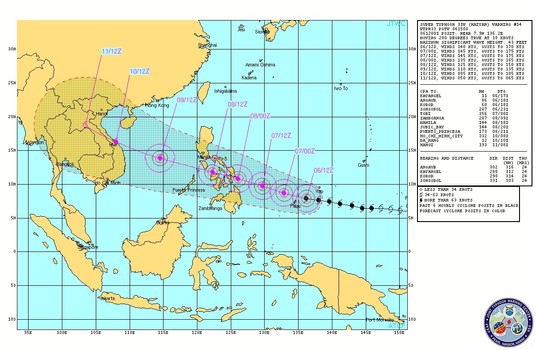 Let’s have a generic look of the prominence that Haiyan has had on Twitter. below you will find a comparison of #Haiyan, #Philippines and #Typhoon. As we can see there has been a clear identification of Haiyan as a channel of communication and sharing information about the disaster itself.

To that, I would add also the misspelt tweets that actually used #Haian or #Hayan. They’re not many but they should be added to the total figures of #Haiyan.

People have been using #Haiyan more than #Yolanda.

Philippine social news network Rappler has commenced a crowdsourced campaign calling on readers to post the status of their cell-phone signals to a Google map in order to help assist telecommunications firms as they toil to reboot damaged networks. Read more: Struggling to Cope — Haiyan’s Aftermath: Live Blog | TIME.com http://world.time.com/2013/11/10/supertyphoon-haiyan-the-aftermath-live-blog/#ixzz2kWQhnOSo