Follow @marcoRecorder
A colleague of mine recently flagged me a great Irish movie called the The Guard. It’s an Irish comedy about a police officer in the West of the country playing subtly with stereotypes and prejudices about the Irish society. This movie made me think about security guards in the Eurobubble. All EU institutions have a security team and somehow, many of them all fall into some “guards models.” As I hinted to in a previous post, most guards in the bubble are actually locals, so they’re technically in the bubble but don’t really live the bubble (if you see what I mean).

Those of you who are familiar with the TV show Community definetely know the character of Ben Chang. He is a very unbalanced man whose growing mania becomes worse over the course of his time at the school. Often delusional, he once gave himself the nickname “El Tigre Chino” claiming that his “knowledge will bite your face off.” At a certain point of the series he becomes a security guard paid with food and shelter and tries to transform his school into a dictatorship. He’s simply mental

They don’t care who you are, what level of fonctionnaire you belong to or which Commissioner you know personally. They look at your badge carefully and they don’t wanna hear any reason if there something wrong with it. They feel under attack and most importantly they bloody hate expats. You have a problem? Talk to the hand!

Always sleeping with an eye open, they understand the serious terrorist threats that buildings like DG EAC or DG MARE are facing on a daily basis. They’re ready to take you out with a flying punch and needlessly take off their shirts. Legends!

The wannabe a womanizer

I admit it. Most of those belonging to this category have some Italian origin. I know, stereotypical but it’s not my fault if that’s the truth. They always have an extra sweet word and an extra act of courtesy for the ladies. If you’re a guy they don’t even look at you. I don’t blame them but certainly the Terminators do. 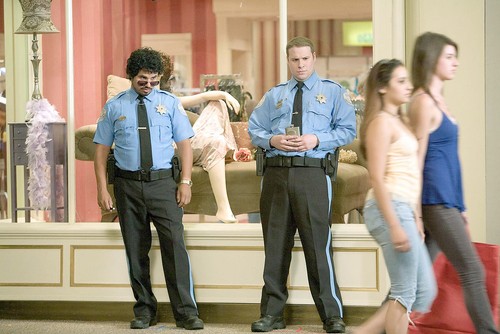 They’re usually a bit older, well actually just waiting for retirement. They’re kind, they do their job well and they have beaten thousands of world records in cross words and sudoku. God bless them.

And you? Have you found any other stereotype of security guard in the Eurobubble?