Over the past couple of days, I attended “Politicians in a communication storm“, an event organized by the Media Directorate of the European Parliament focusing on recent communication issues, in particular:

Apart from the outstanding networking opportunity (the attendance list was both huge and very diverse) it was good to make the point of the situation in European communication, challenges following Brexit, the (highly unexpected) Trump election and the current political crisis Europe is stuck in. The main lessons from the day:

“Brussels comms” is a bubble and doesn’t want to change: Autumn is “Comms Conf Season” in Brussels: EuroPCom, NATO SMIO, media4Democracy just to mention a few. Out of all the people in the panels I attended, there was neither a Brexit campaign manager, nor a Trump communication advisor or similar. These are huge conferences, but only displaying people that think “in the box” or “in the bubble.” That was a big let-down. The communication of EU institutions, whether we like it or not, is stuck in its own arrogance and instead of learning from winners, these gathering of communication professionals are more keen on listening to those who lost massively (in this case we had speakers from the Guardian and the Washington Post who supported Bremain and Clinton), whose only arguments are hypothetical scenarios (“If millennials had turned up to vote, if Florida voted differently, if Wales voted differently etc…). All these speculations are pretty useless and feed the bubbleS (whether we are talking about Brussels, London or Washington) with their own pleasing content. Talking about echo chambers….

Look East: For decades, Europe looked at itself as the second best in digital communication after the US. Well, it’s time to think again. South East Asia, the Middle East and South American institutions are using social media way more strategically and way more audaciously than in the old continent ( as presentations by Nestor Eduardo Chiliquinga Mazón, Secretary-General of the Andean Parliament and especially by Hiren Joshi, Social Media Advisor to India’s Prime Minister showed).  Especially the work of PM Narendra Modi ahead of his latest election has been absolutely outstanding and daring…and most importantly, successful. EU comms is too stuck into its own communication protocol, but this approach is making Europe lag behind in the latest communication trends in times where we need to urgently get closer to the citizens, not further. East Asian governments seem to set the bar very high in disruptive communication. Lots of things to learn from them.

Feed your attendees…and give them objects to engage: The most shared photos of the event were of the beautiful and delicious cupcakes, the organizers were distributing to participants. You may think this doesn’t really relate to the event, but guess what? The event’s hashtag #PICsocial trended in Belgium, Spain and Sweden. The end justifies the means and using hooks to raise visibility always pays off. 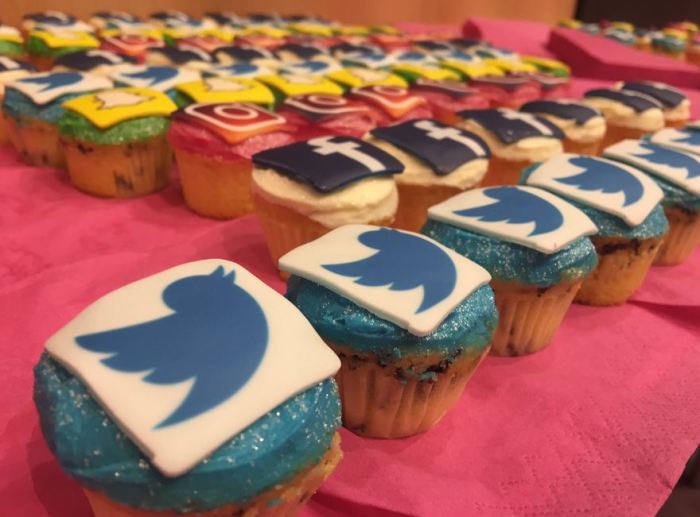 Kudos to the colleagues at the Parliament for organizing this. I hope the experience will be repeated in the future.

3 thoughts on “Takeaways from “Politicians in a communication storm””