A few weeks ago I was pleasantly invited to Weareable Tech in Turin, a small Expo on wearbale technology.  Since I had given a presentation at Glocal News in Varese the day before, I thought I’d kill two pigeons with one stone and make a detour to this beautiful North Italian city to see what’s going on in this realm.

As you can read in one of their blog posts, about 19 million wearable devices were sold worldwide in 2014. Over 600,000 in Italy alone. A number that will definitely grow according to the market survey conducted by IDC (International Data Corporation), which provided 112 million pieces purchased by 2018. The interest around this field has been strong for years: “What​ was still missing was a comprehensive project able to systematize the knowledge and numerous reports that reached us from the network and the users “ Explains Fabio Lalli and just to think and map the evolution of the world that he and Mirko Lalli, together with the team of IQUII,​ They founded in February 2014, the first Observatory Wearable Technology​in Italy. 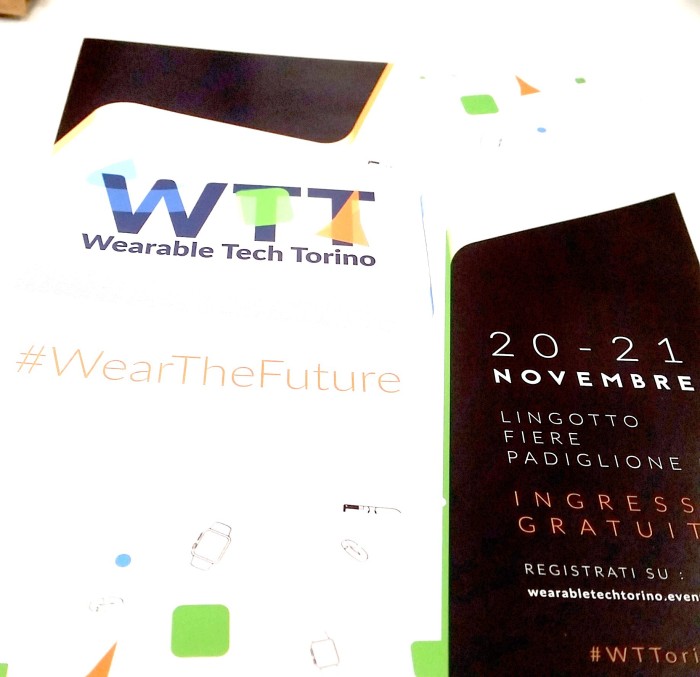 According to to the data of the Observatory, the predominant fields in Italy are the medical one, with 47% of Italian companies already involved in this business. In second place we have wellness and fitness (35%), followed by gaming, security and home automation, in which six percent of Italian companies decided to invest.

A market definitely in growth but, according to the Observatory, it has three major problems that prevent the real take-off: the price is still too high, usability and effective help that is given to users. “Because​ if at the level of the designthere was improvement and it is in fornt of everyone’s eyes, the problem of offering something concrete to a wider audience of people is still evident. The corners are well covered: think of sports, military and medical markets. But to have a mainstream effect we must extend functionality, trying those that have a high impact in the life of every day and that are easy to use.“ 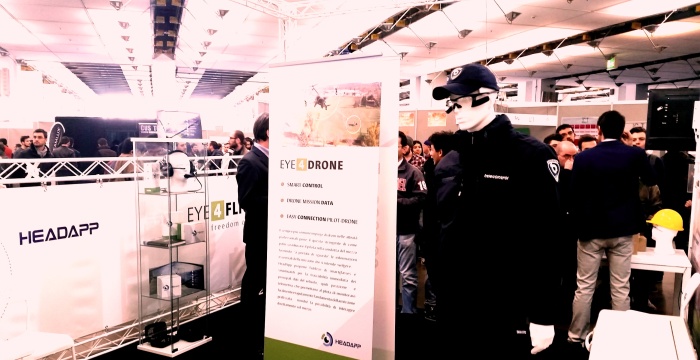 Apart from all this promising data,  while entering the fair I had a feeling of…something being stuck in a rut. The location was quite dull, like it was all prepped up in the previous 30 minutes. This kind of techy conferences need to be visually flashy, appealing, eye-catching….well, it was everything but that. It felt like being in a giant card box. But apart from questioning the décor of the venue, let’s go through the content on display.

The first thing that hit me (I could not believe it), was guess what??? They were displaying Google Glass! Seriously??? Google Glass??? How long has it been that Google Glass is presented as the “next upcoming unmissable thing that’s gonna change our world”? 5-6 years? And still, sadly, it was the most requested device to try on…c’mon

I tried Google Glass over two years ago and at the time it was already obsolete, meaning that all famous communication experts worldwide had tried it. I don’t know what’s going on with Google marketing but the PR work behind this product has not been the best of their success. Anyway, after the Googleglass shock I moved on…

I moved to another company who were showing Google Cardboard a virtual reality platform  for use with a fold-out cardboard mount for a smartphone. It is intended as a low-cost system to encourage interest and development in VR and VR applications. Now, this is actually pretty cool and it costs about 20€ on Amazon. This is something that could work great and become viral, but not marketing efforts are behind it.

I started talking to the “Director,” whatever that meant, to the company displaying the product. Cutting to the chase, he acted like a little arrogant spoilt little boy who just stopped using his pacifier the day before, thinking he was Steve Jobs. These people are 90% the time the reason why potentially interesting start-ups don’t take off. Well done mate. 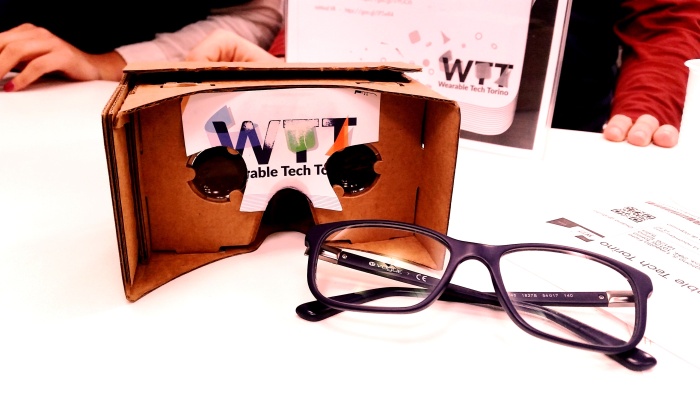 The only product that really made an impression to me was Aria Insoles. Having had triple foot surgery and having been an an amateur athlete for most of my life, this product seemed to have hit the spot. Whether you’re an athlete exposed to excessive sweating or a diabetic particularly sensitive to the weather changes, maintaining a costant foot temperature can play against you.

Aria is the first and only insole that heats and cools down your feet, ensuring thermal comfort. Through a patented technology, an activity tracker that monitors your data, sends you a feedback which you can share with your personal trainer or doctor. 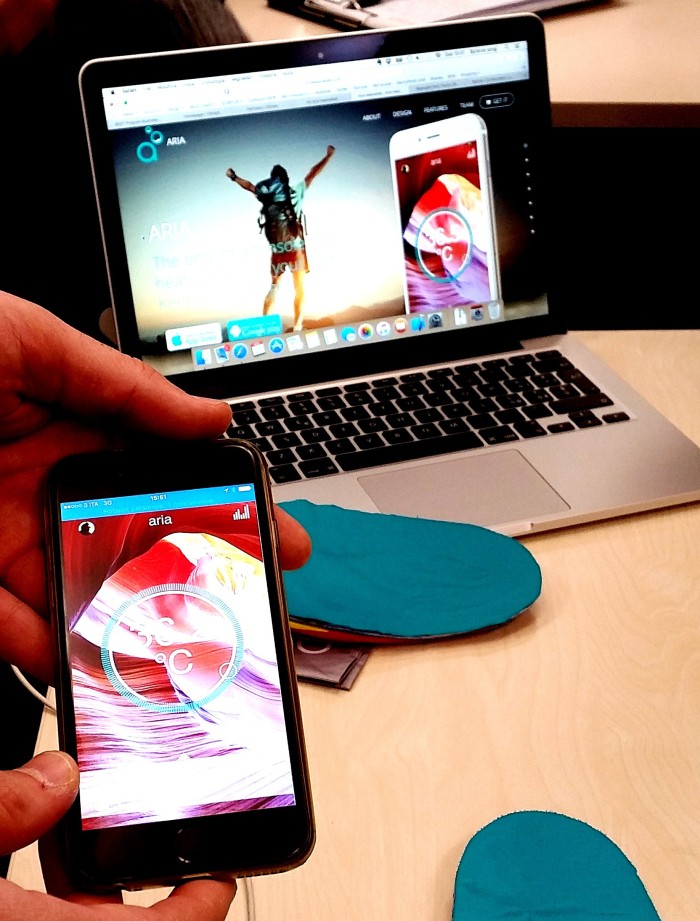 Wearable technology fits into everyday life without being noticed, without adding weight to your wrists, to the nose or in your shoes. You don’t notice it, but is there.

OK…but seriously we are in stalemate. A few months ago we witnessed this huge Buzz about iWatch which seemed like something eveybody would wear within a year or so. That was all a fad as for Google Glass and it makes me think that wearing technology is in a current deep stall.

I remember a quote from iMinds saying that “successful apps are those who change people’s behaviour.” I believe this also applies to wearing technology and that companies in the business are not pursuing sound marketing strategies that look further than short enthusiasm. Am I too quick to judge an entire market by going to one single fair? You tell me

One thought on “Is wearable technology in stalemate?”